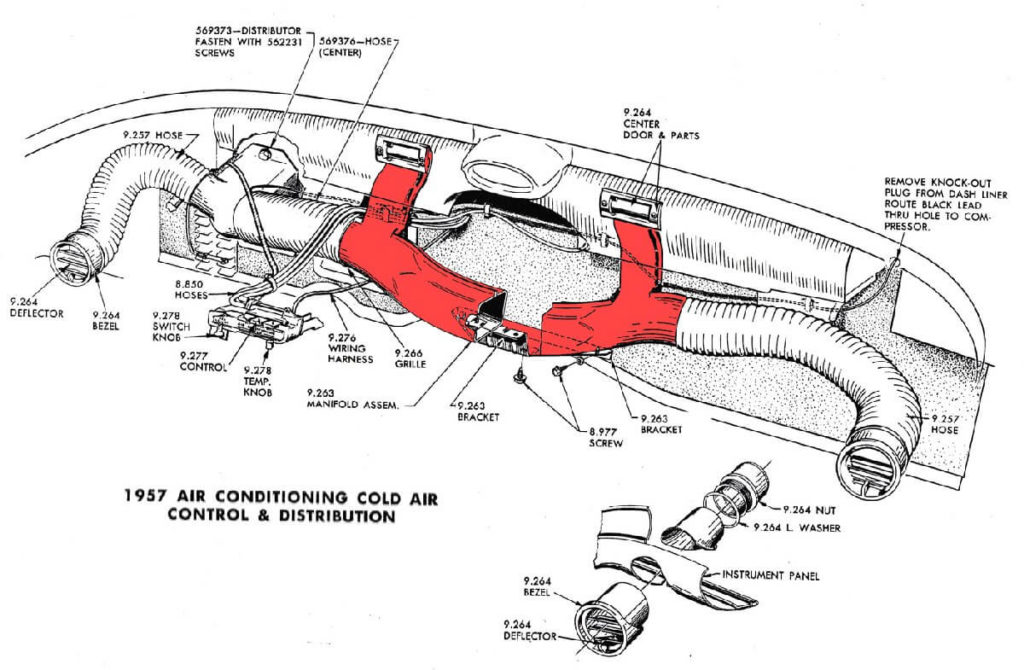 We have a few 1957 Oldsmobile under dash Manifold/diffusers for any 57 Oldsmobile with Air Conditioning. This is a 1-year-only piece. This is more than rare; it is impossible to find! I looked for more than 6 years for a piece like this, and then when I found one, it was a mess.

Since I am restoring 57 Oldsmobile’s with air conditioning, I had an a few extras made. This piece is made out of formed plastic, not card board or hard board, and it fits all 1957 Oldsmobile models perfectly. Included are the metal clips to attach both to the upper dash and back of the dash.

To place an order, please see the listing in our Parts for Sale.

Here’s something you don’t see every day… a car hauler full of Muntz Jets being shipped to our restorer for finishing touches.

Muntz Car Company was established in 1950 in Glendale, CA by Earl “Madman” Muntz, a well-known local used car dealer and electronics retailer. Muntz was assisted by Frank Kurtis, who had earlier attempted to produce a sports car under the Kurtis Kraft marque.

In 1951, Kurtis sold the license to manufacture the cars to Muntz, who rebadged them as the “Muntz Jet”, extended the body to make it a 4-seater, and exchanged the Ford engine with a larger Cadillac V8. Later, this engine would be replaced with a less expensive Lincoln side-valve V8.

The car, a sports coupe, was first built in Glendale, but manufacture soon moved to a new [...]

Here’s something you don’t see every day… a car hauler ...