Ford and the A.O. Smith Company facility in Livonia, Michigan now had control of the production of the Shelby Mustang as it rolled into 1968 with the introduction of a new body style – the convertible, which was available in either a GT350 or GT500. To be official, the 1968 cars were renamed Shelby Mustang Cobra GT350/GT500/GT500 KR, reflecting Ford’s recent use of the Cobra name in all of its performance vehicles and parts.
The nose for the 1968 Shelby was restyled, as it continued to resemble the Ford Mustang with a more aggressive look. The front end treatment was again made of fiberglass and the grille opening carried either Lucas or Marchal fog lamps. The hood now used twin front hood scoops along with a set of rear hood louvers.
When the 428 Cobra Jet engine became available in 1968, the GT500KR replaced the GT500. It put out 400 horsepower, although it received an official rating of 335 horsepower. The GT500 KR carried the same features found on the 1968.5 Cobra Jet Mustang. The KR’s came with Cobra Jet emblems on the fenders, dash, and gas cap lid. All of them had functional Ram Air.
The Shelby Mustang 500 KR sold for approximately $4,500.
Out of a total of 4,500 Shelby Mustangs, Ford produced around 1,200 Mustang GT500 KR’s. 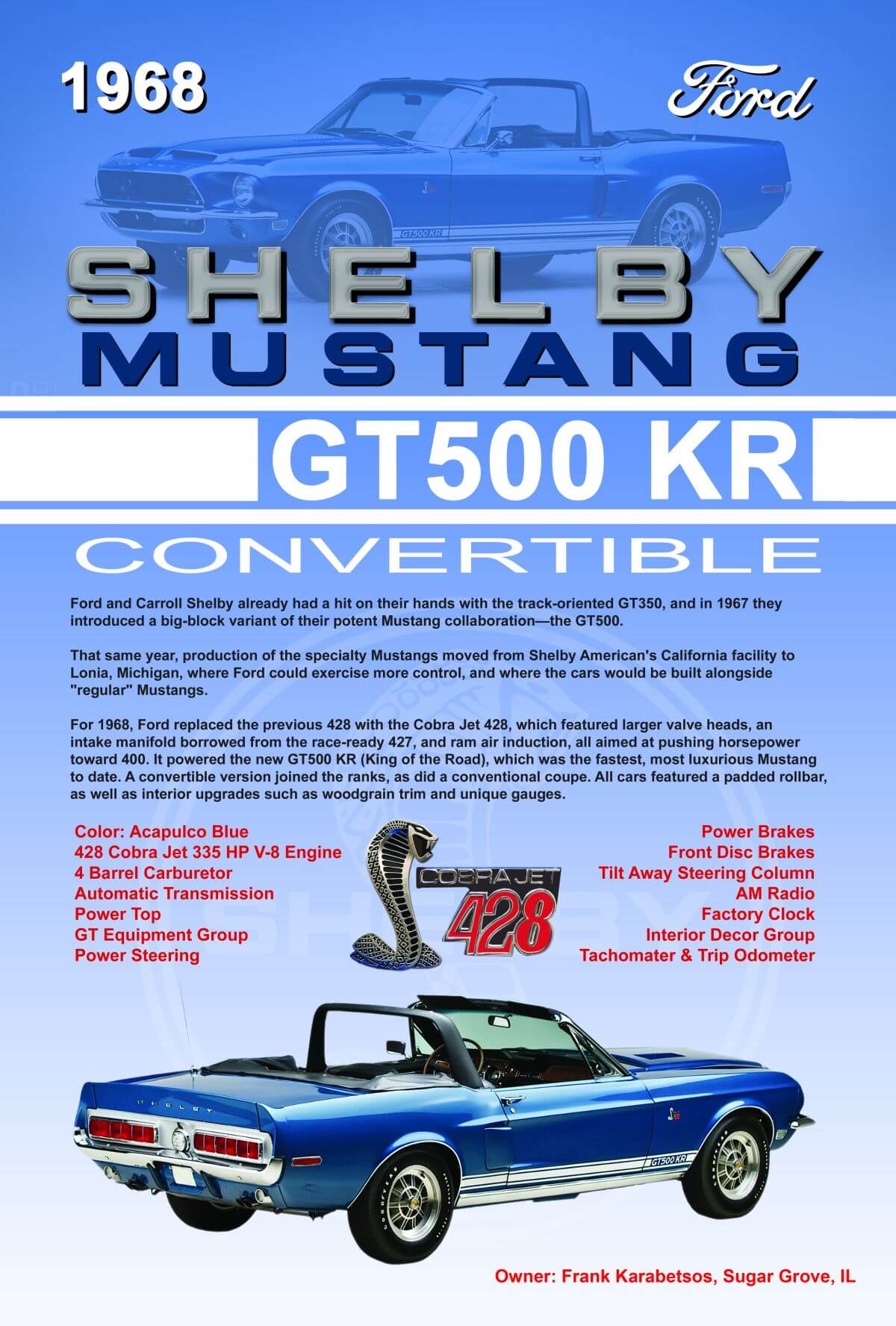