Pontiac’s big cars were redesigned for 1967, so the GTO and Le Mans lineup had only detail changes. The grille was now metal mesh and the taillights were divided into four horizontal slots on each side. The rocker panels were bigger and GTO emblems visible on the grille, deck and rear fenders.
Underneath, however the 1967 Pontiac GTO’s mechanical tweaks were significant. The 389 cid engine was stroked to 400 cid and would remain in production until 1978. It also changed from closed chambered heads to open chamber, which enabled cleaner combustion and foreshadowed incoming emissions regulations. Power front disc brakes were offered and the brake system was upgraded to dual master cylinder.
There were four engine configurations, starting with a 255 bhp two-barrel variation, only available with an automatic transmission. That was upgraded from the 2-speed Powerglide to the new 3-speed Turbo-Hydramatic unit, which could also be shifted manually. The 335 bhp, 400 cid engine developed 335 bhp with a four-barrel carburetor and there were two high-performance options, both developing 360 bhp. The first was the High Output (HO) engine, with a high-lift cam, open air cleaner and free-flowing exhaust. Also available was a dealer-installed kit to convert the hood scoop into a Ram Air package. 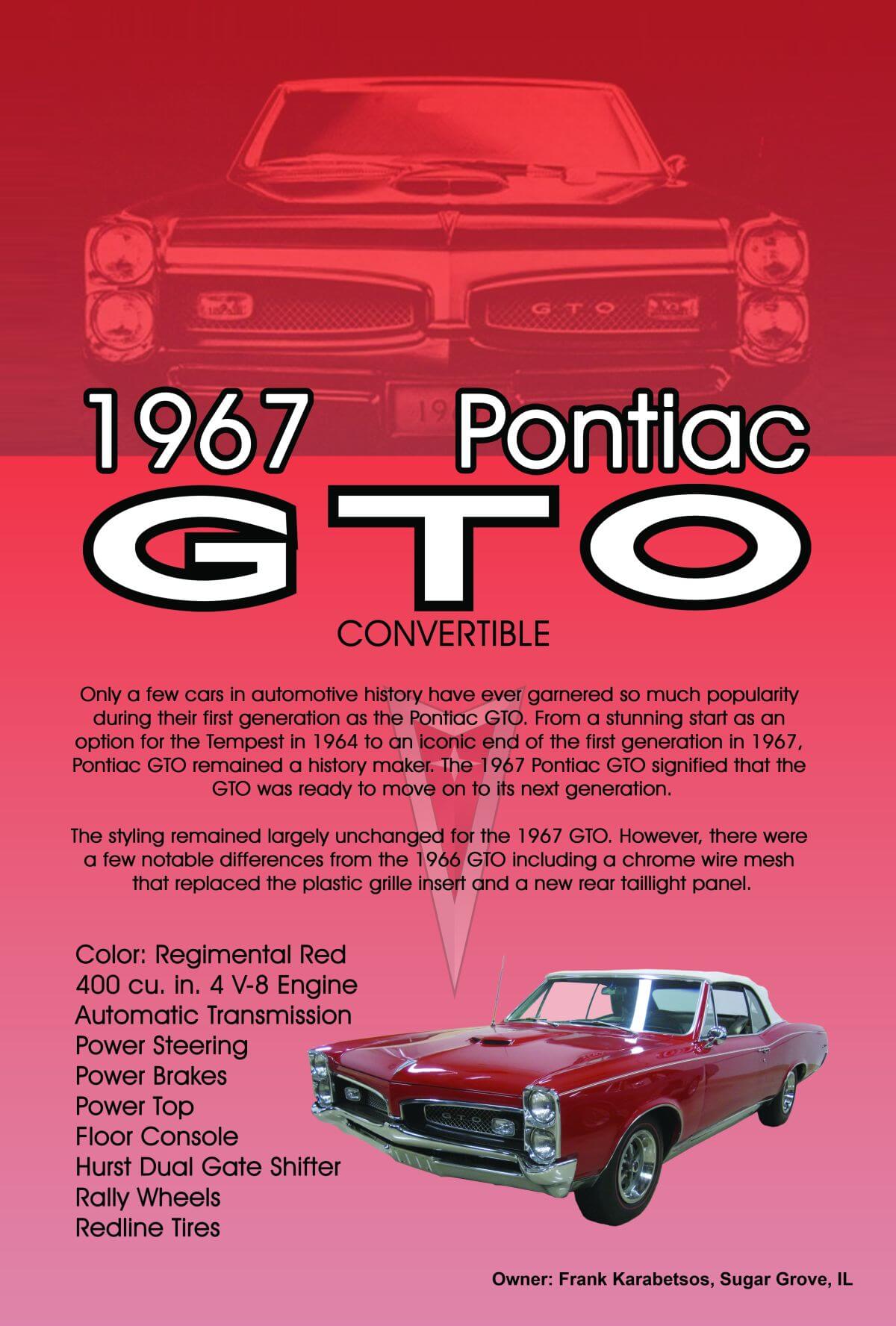