The top of the line Oldsmobile in 1959 was the 98, offering every standard feature in the Olds lineup, plus a few more like an electric clock, power steering and brakes, and the attractively named Jetaway Hydra Matic Drive.

The 1959 Olds 98 remains attractive to fans of late-1950s chic. Horizontal sculpting and big tail fins ruled the day, along with dashing wheel arches that suggested speed. The 98 was available in four body styles, starting with a very handsome two-door Holiday hardtop and convertible, and then a four-door hardtop or sedan. The four-door hardtop was the most popular, at 36,813 units, followed by 23,106 sedans, 13,699 two-door hardtops, and just 7,514 convertibles.

Power was provided by a 394-cid Rocket V-8 at 315 hp and a whopping 435 lb-ft of torque. In fact, performance was good enough that Richard Petty drove a 1959 Oldsmobile 98 two-door hardtop to victory at the first-ever Daytona 500 race in that year.

Awarded for Best of Class at the 2016 Oldsmobile Nationals in Colorado Springs.
Judged score card 958 out of 1000 points, first time out.

Prior Owner had the car for over 40 Years! 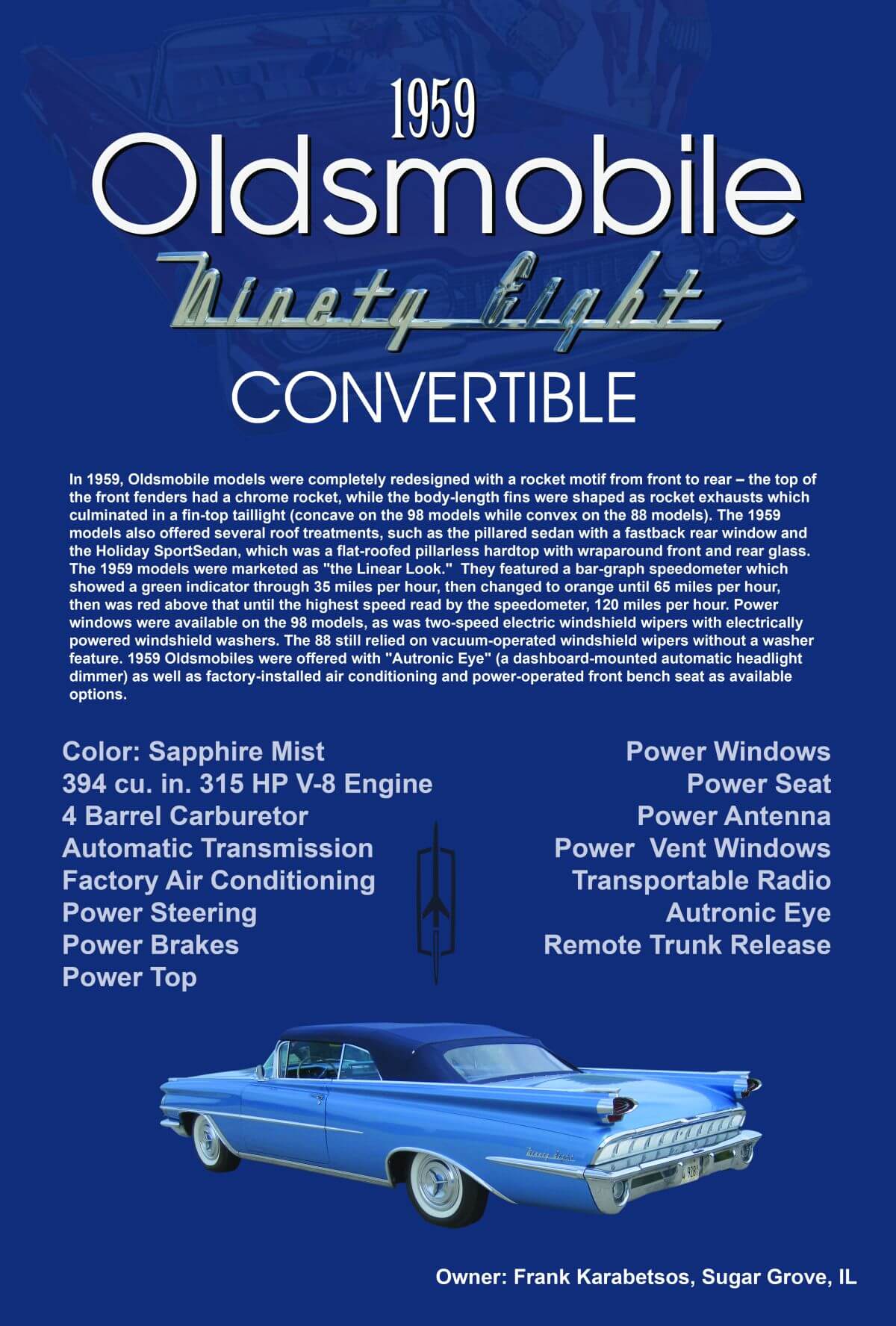