If Studebaker was ever a leader, it was immediately after World War II. By the time most car companies were introducing their first post-war designs, Studebaker was on their second.

For 1951, Studebaker’s South Bend engineering team released an all-new, modern, small-block V-8 engine with short stroke, overhead valves and plenty of power. The engine, available only in the Commander, displaced 232.6 cid and produced up to 120 hp. The new powerplant used a wedge combustion chamber, similar to what the mid-priced Oldsmobile and luxury Cadillac V-8’s possessed.

The Raymond Loewy Associates 1950-’51 Studebakers would forever be known as bullet noses, and they were both distinctive and polarizing. Among their many daring features, they were among very few post-war American cars of any kind not to use a full-width grille. The 1950 and ’51 model years can be distinguished at a glance by the nose itself: In 1950, it’s completely chromed, but in ’51 the outer ring is painted in body color. Commanders are visually larger than their lower-priced Champion siblings, thanks to larger and more visible front-end trim; and literally larger on much longer wheelbases. 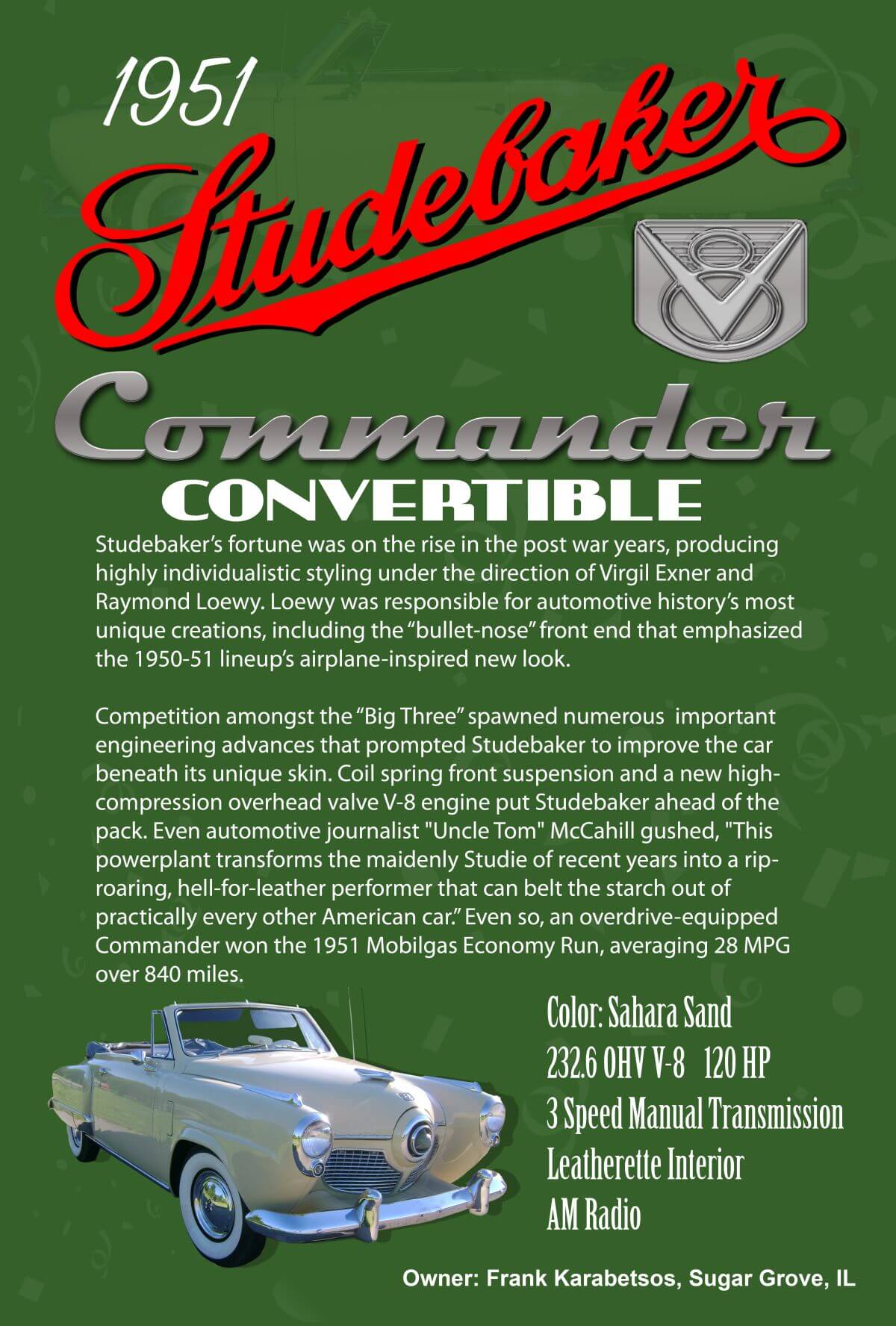